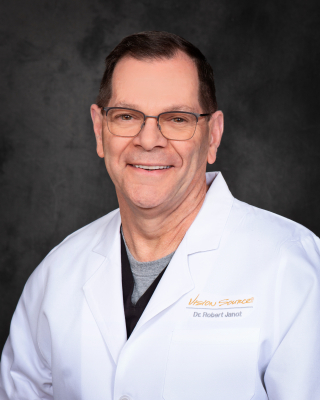 In June, 2014, Dr. Janot was honored with the highest award bestowed on a Louisiana Optometrist, the James D. Sandefur Distinguished Service Award. This award honors an optometrist who has demonstrated tremendous commitment and outstanding service, over a significant period of time, to the Optometry Association of Louisiana, the profession of optometry in this state, and/or to the eye health and visual welfare of the citizens of Louisiana. In 2008, he was named Louisiana's "Optometrist of the Year" making this the 4th time he has received the honor from his peers since 1989. Dr. Janot is a past president of the Optometry Association of Louisiana, and served as chairman of the Past President's Council from 2010-2014. He is also a Past President of the Southwest Louisiana Optometric Society and a past trustee to the Southern Council of Optometrists. He specializes in Optometric Surgery, Optometric Medicine and Contact Lenses.

In addition to actively seeing patients at his private Optometry practice, Dr. Janot serves as Executive Director of the Optometry Association of Louisiana, coordinating the advocacy efforts for over 350 Doctors of Optometry in Louisiana. 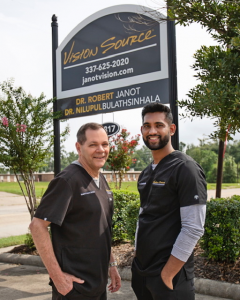