Our vision is to deliver an amazing experience in a caring, family atmosphere, offering premier service and state of the art technology to achieve superior eyecare for our patients throughout their lifetime. Dr. Janot & his certified staff provide personalized eye care services to meet your family’s vision needs, from infants to seniors.

Our family eye care services include totally automated eye exams, complete eyeglass & contact lens services, diagnosis & treatment of eye diseases, emergency after hours care, testing & management for LASIK & other surgeries, and LASER surgery for Glaucoma & Cataract Enhancement. Located conveniently in Sulphur, Louisiana, we are sure that when you come in, you will “See What You’ve Been Missing!” 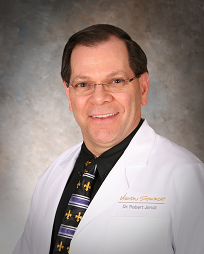 In June, 2014, Dr. Janot was honored with the highest award bestowed on a Louisiana Optometrist, the James D. Sandefur Distinguished Service Award. This award honors an optometrist who has demonstrated tremendous commitment and outstanding service, over a significant period of time, to the Optometry Association of Louisiana, the profession of optometry in this state, and/or to the eye health and visual welfare of the citizens of Louisiana. In 2008, he was named Louisiana's "Optometrist of the Year" making this the 4th time he has received the honor from his peers since 1989. Dr. Janot is a past president of the Optometry Association of Louisiana, and served as chairman of the Past President's Council from 2010-2014. He is also a Past President of the Southwest Louisiana Optometric Society and a past trustee to the Southern Council of Optometrists. He specializes in Optometric Surgery, Optometric Medicine and Contact Lenses.